Passengers aboard a French train, including three from the United States and one from Great Britain, have been credited with stopping an active shooter aboard a French train. The result was no casualties in what could have been a major international terrorist event. The Associated Press coverage of the incident is available:

The overall summary of the event was a bad actor, intent on killing passengers aboard a moving train, accessed the train with a rifle, pistol, and gasoline. According to the BBC, the would-be terrorist had 270 rounds of rifle ammunition and the bottle of gasoline. He had watched a jihadist video on his phone shortly before he launched the attack. The BBC also reported he had purchased a first class ticket and turned down an earlier train. This behavior indicates he had preplanned the attack for this train. However, there are always events that can disrupt the best-laid plans. In this case, it was unarmed passengers.

The terrorist was first accosted by American teacher, Mark Moogalian. Originally from Virginia, Moogalian has lived in France for the past twenty years. Moogalian had observed the terrorist enter a restroom and became suspicious. As the terrorist exited with a weapon, Moogalian told his wife to “go” and then rushed the gunman. He was shot and his wife was able to see him by looking at an angle between the seats. Moogalian is still recovering from his wounds in a hospital.

After hearing the original scuffle, the three young American men, Spencer Stone, Alek Skarlatos, and Anthony Sadler rushed the terrorist, tackled him, and disarmed him. The Washington Post noted, that when interviewed, the three men “displayed some of the instinctive camaraderie that on the train led them to leap from their seats in seconds to take on the shooter as a team.”

There are lessons that can be learned from this incident.

If you cannot run, then try to hide, if you cannot hide, then you must fight. On mass transit such as a train, bus, or other similar transportation, there usually isn’t a place to run or hide. You must be ready to fight. 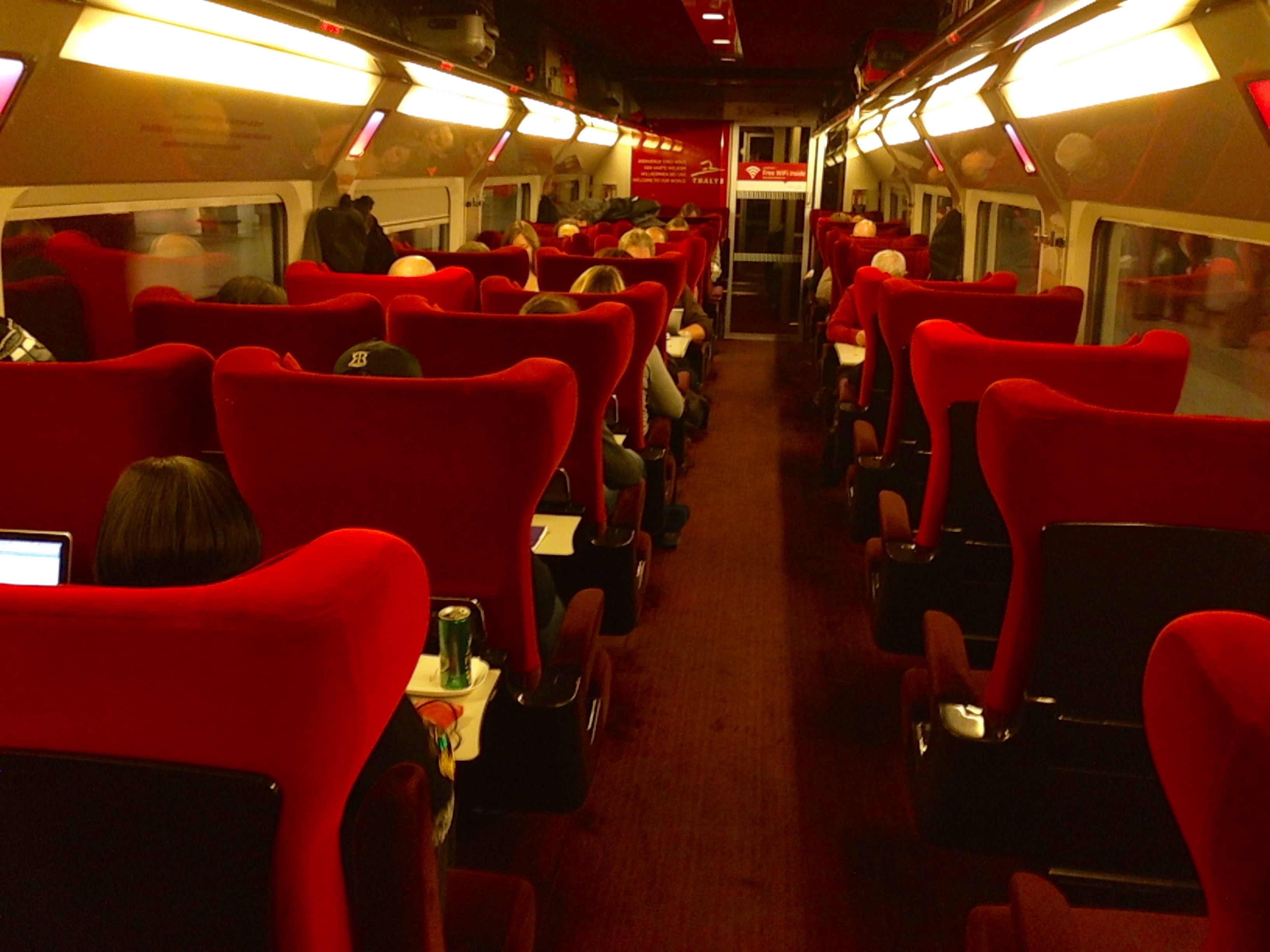 Fighting on a mass transit conveyance takes some special consideration. If you are one of the reported 11.1 million concealed carry permit holders (incidentally, the following report also indicates a drop in violent crime as concealed carry permits increase), you should consider a realistic assessment of your skills and how you will react in a similar situation.

With a firearm, your considerations should include: are your skills good enough to hit the threat? Where are other passengers sitting between you and the threat? With a lack of cover (seats probably will not stop bullets), how will you use concealment? Is this one of many heavily armed threats? What action will you take after the threat is neutralized (holster the weapon, low-ready, position sul)?

Without a firearm, how would you react? Is there anything close by you can use? Are you proficient with personal weapons (fists, elbows, feet, knees, etc.)? Are you proficient in hand-to-hand combat, and if not do you at least consider vulnerable strike points where shear force and violence of action may win the day (strikes to the neck, head, groin, and other sensitive areas)? Can you cover the distance between you and the threat before the threat fires at you or should you wait for an opportunity?

There are many considerations in a situation like the one in France. These are extraordinary circumstances and may require extraordinary responses. If you can think about some scenarios you may encounter, you will be better prepared.